Wendell Rodricks spoke about the poster and said, “This year’s KASHISH poster design winner is a representation of the state of mind of the KASHISH Queer Film Festival 2016. Not only is the message calm & clear that we have arrived, but the thought process behind the film reel representation and the seven shades of love encircling us all, makes a compelling statement. The most poignant part of the design is the message that everyone is free to love who they wish to love. I wish the winner of the KASHISH Poster 2016, and the festival well deserved success in a year that may change LGBT rights for Indians in a path breaking way.”

Excited about winning the poster contest, Ajoy said, “It was a personal challenge to design a film festival poster for a very special community. It means a lot to win this prestigious award since the competition is of international level. It gives me great personal satisfaction to contribute to the cause of LGBT community.”

Talking about the 7th Edition of the Festival, Sridhar Rangayan, Festival Director said, “Both Greek mythology and Sufism defines ‘7 Shades of Love’ to encompass all forms of love. Through the festival this year we want to emphasize and underline the message that love should transcend age, gender, caste, creed, ethnicity, social status, language, etc. Love is universal and love is cyclical – the more you give, the more you receive. The winning poster design amply illustrates this cyclicity and the diversity of love”.

KASHISH 2016 will be held from May 25-29, 2016 at Liberty Cinema and Alliance Française de Bombay. The festival theme is ‘7 Shades of Love’. Love in all its forms has been celebrated as the highest form of human emotions since the beginning of civilization – romantic love or Eros, friendship or the love between friends, the love between a parent and a child, the first stirrings of love between young lovers to the enduring love of committed partners, the love for humanity and the love and acceptance of one’s true self. The festival theme for 2016, ‘7 Shades of Love’ embodies this spirit. It underlines that at the core of human relationships is the capacity to love each other and offer respect so that each person can live with equality and dignity.

Wishberry.in, which is India’s leading crowdfunding platform, has come on board as Title Partner for KASHISH 2016. Cofounder and COO Anshulika Dubey said, “Wishberry is a crowdfunding platform for creative projects, especially films. We want to help and encourage filmmakers working on great ideas, especially the ones that give a voice to the LGBT community and question society’s fixed ideas about sexual orientation. Our partnership with KASHISH 2016 is an expression of this very sentiment.” 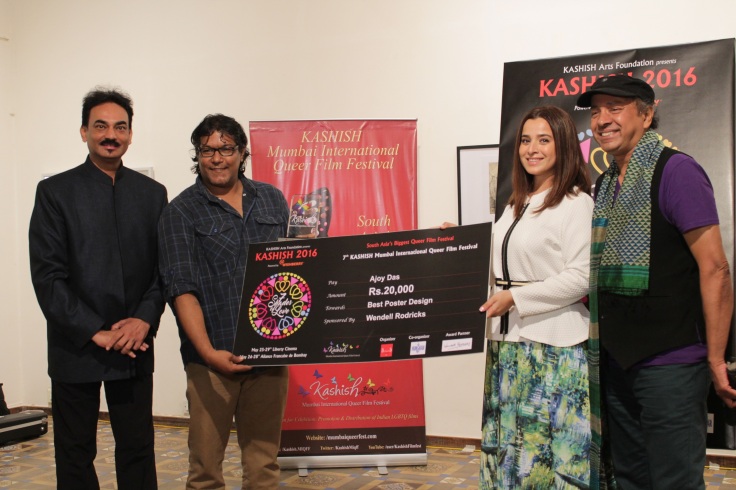