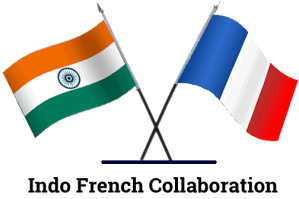 He was speaking at the first session of the Indo-French Workshop on Emerging Trends in Electron Modelling, which got underway in the Faculty Hall, Indian Institute of Science, Bangalore. The event, jointly organised by the Indian Institute of Science and Institut supérieur d’électronique de Paris, France, and sponsored by CEFIPRA. The workshop aims to “bring the researchers from both countries together by providing them a common platform to exchange ideas, collaborate and work towards the next-generation electron device model development”.

Dr Jenifer Clark, Science Attaché at the French Consulate in Bangalore, in her welcome address, said, “India and France have a long history of collaboration in science and technology. This is best exemplified by the many joint satellites launched by the Indian Space Research Organization (ISRO) and the French Space Agency (CNES) over the last 50 years. She also mentioned that CEFIPRA, set up in 1987, is India’s first bilateral science and technology collaboration with any other country and the oldest such collaboration in the world.

Mathematical modeling of electron devices is an extremely important part of integrated circuit (IC) technology. It forms the bridge between two other important technologies, namely, circuit design and fabrication. Such computational models give valuable insights into the working of the device, and helps researchers fine tune performance, even before actually producing it. With devices getting smaller and smaller, several new phenomena crop up posing fresh challenges in device modeling. This workshop will see leading researchers from India and France, brainstorming possible solutions to these challenges.

Raphael Clerc from University Jean Monnet talked about modeling of organic devices — transistors, solar cells and photodiodes. Thierry Poiroux, a research engineer at Laboratory for Electronics & Information Technology (CEA-LETI) in Grenoble, France, talked about modeling for FDSOI technology. Patrick Martin, also from CEA-LETI presented some examples of modeling for design of advanced analog integrated circuits including those that are used at ultra low temperatures (about -270 degree Celsius) in the Herschel Space Observatory, owned by European Space Agency, but now decommissioned. Experts at the workshop also deliberated on modelling approaches for new devices such as organic photodiodes, and Fully Depleted Silicon On Insulator (FDSOI) devices among others. These devices are likely to be used in consumer electronics in the coming decades.